In 1990, the economist Paul Romer invented a new theory of economic growth. Although his theory depends on a long list of abstruse equations, its basic premise is incredibly simple: ideas are an inexhaustible resource. While economics has always been rooted in the scarcity of the material world, Romer pointed out that ideas are a nonrival good. When knowledge spreads from person to person, that knowledge isn’t diminished or worn out. Instead ideas tend to become more useful when they become more popular, – their consumption leads to increasing returns and new innovations “The fundamental premise of the theory is that there’s a big difference between objects and ideas,” Romer says. “When we share objects, we make then less valuable. You don’t pay as much for a used car because it’s already been used. But ideas don’t work like that. We can share ideas without devaluing them. There is no inherent scarcity.”

Romer’s theory comes with very clear implications for creativity. In essence, it suggests that the increase sharing of information is almost always a good thing. “The thing about ideas is that they naturally inspire new ones,” Romer says. “This is why places that facilitate idea sharing” – think of, for instance, Silicon Valley or Elizabethan England, – “tend to become more productive and innovative than those that don’t. Because when ideas are shared, the possibilities do not add up. They multiply.

The question of course is how to create a multiplier culture. While cities naturally inspire the sharing of information, – all those people can’t help but interact, – even the most innovative urban areas need help. As Romer points out, Lagos has plenty of human friction, but that friction doesn’t lead to new patents, – it generates traffic jams that last for days. The favelas in Port-au-Prince are some of the densest settlements in the world, but that density doesn’t unleash the potential of its residents, – it breeds disease and criminal gangs. “it’s important not to be naïve about the power of cities,” Romer says. “Of course, it’s great to concentrate people and give them the freedom to exchange information. But that’s not enough. You still need the right set of rules and customs in place to make sure all those people can take advantage of the interactions. You need to have institutions and laws that ensure the costs of density don’t outweigh the benefits. Sewage in the streets is never good.

Romer refers to these social concepts as meta-ideas, – they are ideas that support other ideas, – and he argues that they enable the creativity of a culture. 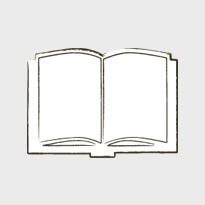