The most common misunderstanding about science is that scientists seek and find truth. They don’t. They make and test models.

This is entirely unlike the polarizing battles that define so many areas of life: Either my political party, or religion, or lifestyle, is right or yours is, and I believe in mine. The only thing that’s shared is the certainty of infallibility.

Building models is very different from proclaiming truths. It’s a never-ending process of discovery and refinement, not a war to win or destination to reach. Uncertainty is intrinsic to the process of finding out what we don’t know, not a weakness to avoid. Bugs are features; – violations of expectations are opportunities to refine them. And decisions are made by evaluating what works better, not by invoking received wisdom.

These are familiar aspects of the work of any scientist, or baby. It is not possible to learn to talk or walk without babbling or toddling to experiment with language and balance. Babies who keep babbling turn into scientists who formulate and test theories for a living. But it doesn’t require professional training to make mental models, – we’re born with those skills. What’s needed is not displacing them with the certainty of absolute truths that inhibit the exploration of ideas. Making sense of anything is making models that can predict outcomes and accommodate observations. Truth is a model. 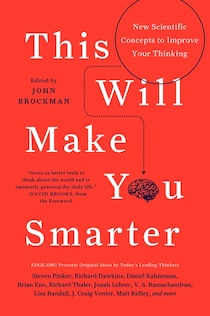