Sometimes we feel we have a gift to give that no one can see because we don’t have the tools or the confidence to reveal it. Sometimes we have a raw talent that comes out every now and then, maybe even brilliantly, but because we lack technique we don’t know how to consistently give the gift to its greatest effect. This is simply a lack of education about how to do the job technically, – whether we feel like it or not, whether we are terrified, intimidated, or emotionally blocked. I have experienced all of this so I understand the journey, a journey I am still taking. I hope this book will inspire you to apply and dedicate yourself to learning the craft of acting and to have faith that if you persevere and you love the craft, you can become the kind of actor who lives on stage and screen.

When you do this, you can affect people in ways you may not ever imagine or know about. One night at a midnight screening of Stephen Spielberg’s film ET, I watched a very angry, lonely teenager sit down in front of me, sink way down into his seat, and look at the screen with complete contempt. His vibrations were so powerfully violent that I wanted to move, but by that time the theatre was full. At the start of the film, the teenager shifted noisily in his seat, but soon he stopped moving completely. I saw him go from disdain to amusement to surprise to awe and, finally, to unashamed weeping. Just as the movie was ending, he ran out of the theatre, embarrassed to be so moved. He didn’t want anybody to see how vulnerable he really was. As vulnerable as I was at eleven when I watched James Dean. That’s what our work can do: we remind people that things can change, that wounds can heal, that people can be forgiven, and that close hearts can open again. 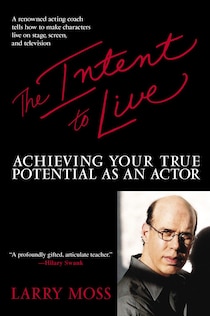