Over the past five hundred years, human beings have sculpted a new worldwide society, a new political and economic order as well as a new demographic and agricultural order. Indians played the decisive roles in each step to create this new society. Sometimes they acted as prime movers, other times they played equal roles with a set of actors, and sometimes they were mere victims. But in all cases they acted as necessary although not sufficient causes. Somewhere in the telling of modern history, the writing of the novels, the construction of textbooks and instructional programs, attention drifted away from the contribution of the Indians to the heroic stories of explorers and conquistadors, the moral lessons of missionaries, the political struggles of the colonists, thee great and impersonal movements of European history, the romance of the cowboy. The modern world order came to be viewed as the product of European, not American, history. The Americans became bit players, and only their role as pathetic victims remained visible.

In ignoring the Indian cultures we are doing far more than slighting the American Indians of their earned place in history. We may be hurting ourselves because of what we have all lost. We lose a whole world view, for each culture creates the world in a different way with unique knowledge, unique words, and unique understandings. While most of this cultural knowledge may be of no importance today, we have no idea what value it may yet hold for our children in generations to come. The world has yet to utilize fully the gifts of the American Indians.

We often know even less about the millions of American Indians surviving today, speaking their language and preserving at least some of their traditional cultural knowledge. The Quechuas of Bolivia, the Crees of Canada, the Guaranis of Paraguay, the Yanomamos of Venezuela, the Hopis of the Unitied States, the Zapotecs of Mexico, the Sumus of Nicaragua, the Guajiros of Columbia, the Shuars of Ecuador, the Mayas of Guatemala, the Cunas of Panama, the Shavantes of Brazil, and a thousand other Indian nations are not dead. They are only ignored.

In the five hundred years since Columbus’s voyage to America, the people of the world have benefited greatly from the American Indians, but the world may have lost even more than it gained. Columbus arrived in the New World in 1492, but America has yet to be discovered. 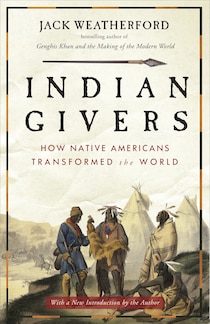